The cleaning industry has been rapidly changing in the last 5 years. It is no longer enough for a facility to simply look clean. Scientific research and development teams are working to verify what cleaning practices and systems are efficient, effective and environmentally safe. Requirement to protect from Community-associated infections has increased. There are NO statistics on Community Acquired Infections (CAI) in India.

The most common nosocomial infections:

The current cleaning and disinfection methods commonly used are dusting, washing and fogging. These methods are insufficient to kill pathogens that have developed resistance against such methods and chemicals. 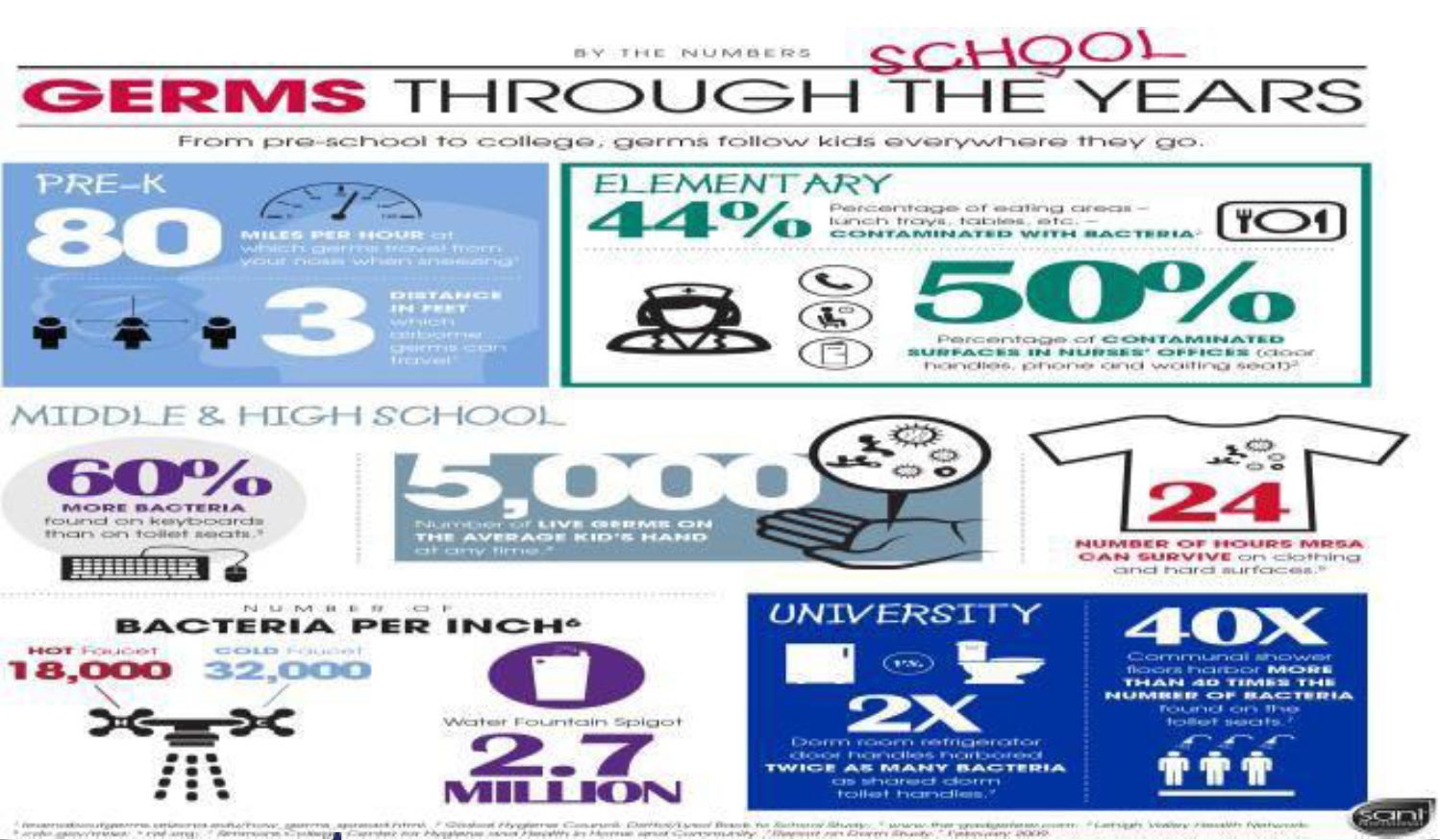 The active ingredient in forms a protective coating that can molecularly bond with products upon application. Bacteria are attracted to the coating’s positive charge, and upon coming into contact with the treated surface, they quickly die – Physical Killing mechanism as against chemical killing like any other chemical/ disinfectant available currently. 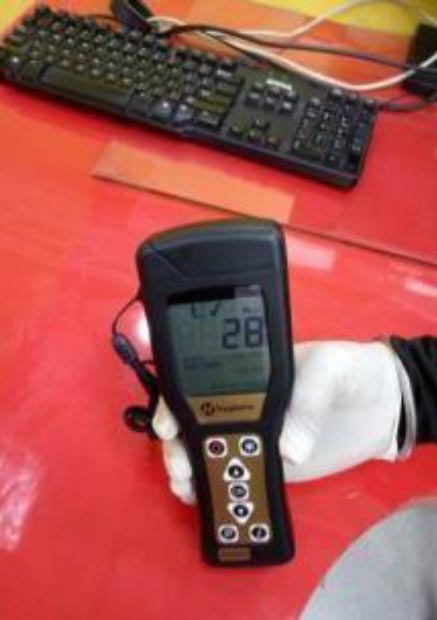 To measure contamination level on a surface, we use ATP/Swab technique. ATP/Swab is a globally used tool to measure the level of contamination by detecting the presence of Adenosine Tri Phosphate. 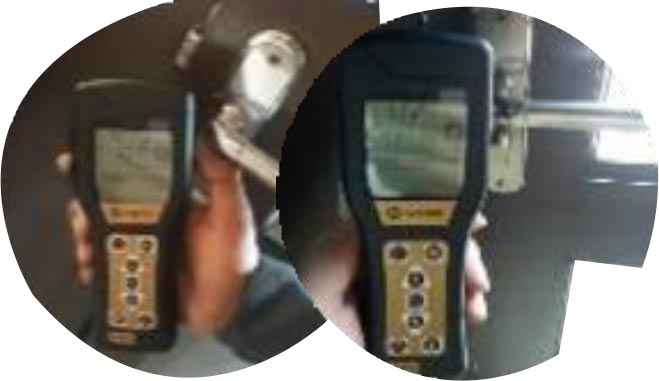 Assessments through ATP meter. We collect sample from recommended surface which gives us the reading of the surface contamination 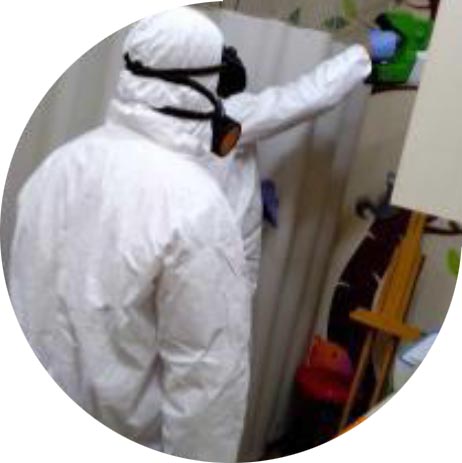 Disinfect process take place. In this process we eliminate the current level of pathogens and make that surface pathogen free. We use Fogger Machine for Larger areas and Electrostatic spray guns for smaller areas for this process. 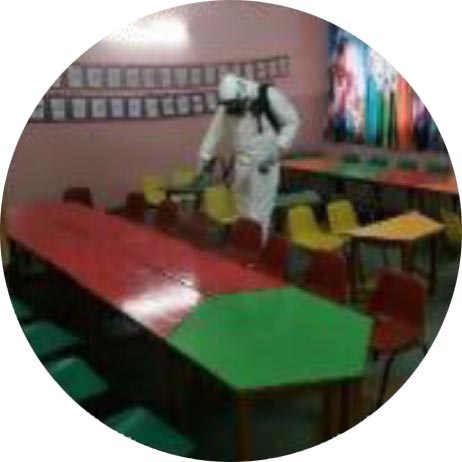 After-Care surface protector through electrostatic machine. This technology provides 24X7 protections against all surface infection for upto 3-6 month once protected.

Microbial retrievals were obtained using an Andersen 2-stage viable impact sampler and a New Brunswick high volume sampler. The Andersen sampler was loaded with plastic petri dishes containing 20ml Malt Extract Agar and operated for 18 minutes at calibrated volume of 1 cubic foot per minute. The New Brunswick sampler was loaded with a plastic petri dish containing Malt Extract Agar and operated for 1 hour at a calibrated volume of 50L per minute.

Exposed petri dishes were incubated at 30°C for 120h. Colony Forming Units (CFU’s) were enumerated at 48 and 72 hours, with final counts reported as those recorded at 72h.

All accessible interior surfaces (including carpeting, ceilings, walls, above ceiling space, furnishings, elevator shafts, mechanical and electrical chases) were treated with the organosilicon antimicrobial 3- trimethoxysilylpropyldimethyloctadecyl ammonium chloride (ÆGIS™ Antimicrobial) (6) in water in accordance with the manufacturer’s application specifications. The applications were randomly tested for uniformity and penetration throughout the treatment process.

Two of the post-treatment sampling periods contain data from retrievals at floor level. These data are included as additional information and should not be used to compare pre-post microbial levels.

The second post-treatment samplings were performed in 1991 at 82 sites randomly selected by floor. The samplings produced retrievals in a range of 0-9 CFU’s/m3, with an average retrieval of 0.8 CFU’s/m3. 40 sites (48%) produced 0 CFU’s.

The final post-treatment samplings were performed in 1992 at 86 sites randomly selected by floor. The samplings produced retrievals in a range of 0-4.7 CFU’s/m3, with an average retrieval of 0.4 CFU’s/m3. 56 sites (65%) produced 0 CFU’s.

Did you find what you need?

If you find any difficulty in locating any products please contact us.
Our customer service will be happy to help you out.